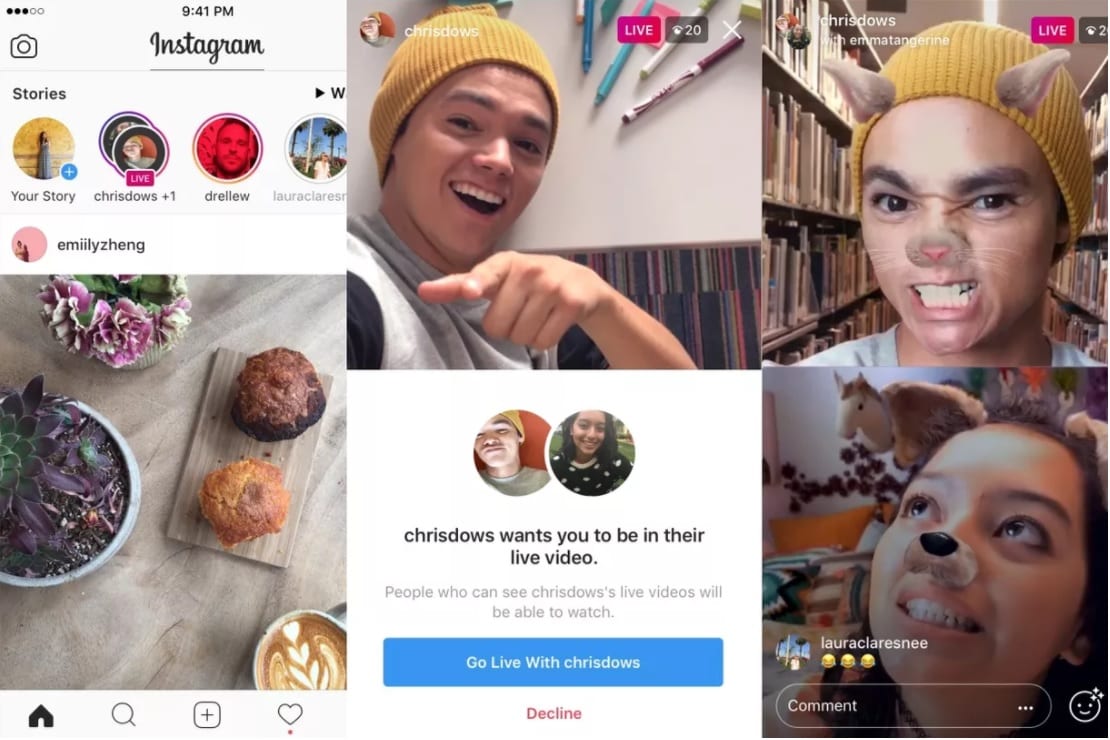 Yesterday the social app added the option to request to join in one’s friends live stream, just in case one feels like being the part of the live transmission.

New! When watching a friend’s live video, tap the “Request” button to let them know you'd like to join in. pic.twitter.com/Xb6S969YJU

Presently, the new feature rolled out could be used just between two Instagram friends. A person whom the user has not followed back would not even be able to send you a request for joining the live stream.

The request feature could also prove annoying as during the live stream one could get continuous budges from friends so unless one really wants to have someone join in the live session then only the request button should be enabled.

2 days ago Nicole Craig
We use cookies on our website to give you the most relevant experience by remembering your preferences and repeat visits. By clicking “Accept”, you consent to the use of ALL the cookies.
Do not sell my personal information.
Cookie SettingsAccept
Manage consent