The company filed the patent back in April 2018 but it is published and highlighted now when there is a wind of foldable phones. The patent describes that the device when used normally is a regular tablet but it can be folded to half screen and when the users fold it, it turns off the half of the display and switches to UI more of a smartphone experience. The user can fold the large tablet display into a smartphone display and put it in his pocket easily. 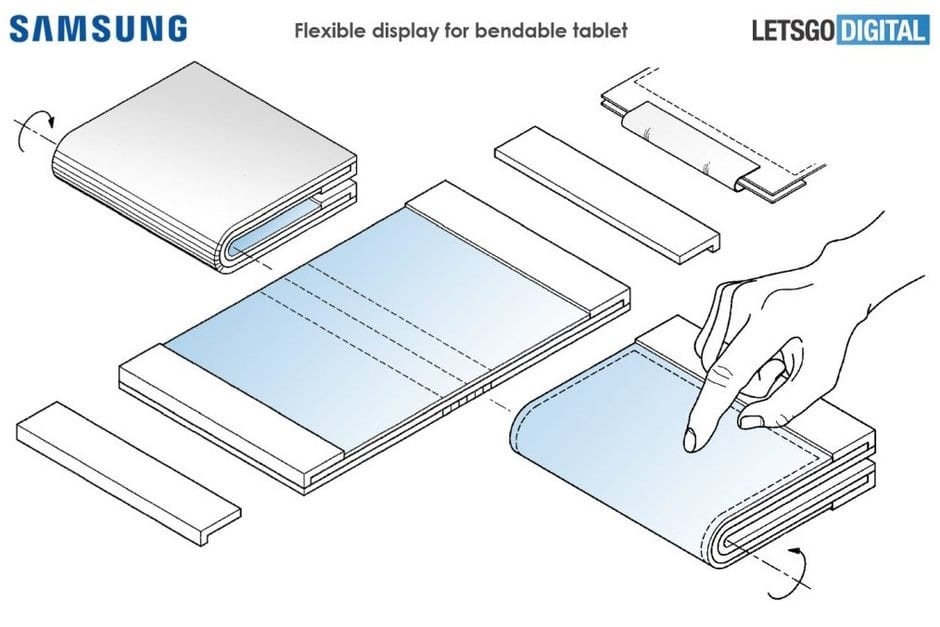 The device explained in the patent would be carrying two bezel-like grips on both sides of the display in order to feature more components, the build would be mainly based on metal and the center will house a hinge-like mechanism.

Samsung may launch foldable tablet along with Galaxy F however, there is some doubt in it, foldable phones are still in the concept phase and Samsung would like to test probably Galaxy F first in the market before launching more foldable devices.

It depends on the success of the foldable smartphone if it becomes a success then Samsung would start launching more and more foldable devices including tablets.

1 thought on “Samsung Working on Foldable Tablet as Well”

18 hours ago Yasir Zeb
We use cookies on our website to give you the most relevant experience by remembering your preferences and repeat visits. By clicking “Accept”, you consent to the use of ALL the cookies.
Do not sell my personal information.
Cookie SettingsAccept
Manage consent