Huawei, Oppo and Xiaomi’s strategy to focus emerging markets and low-income users has worked so well in the past few years. Now the Chinese companies are inflating with every quarter.

The runner-up Apple shipped 45.4 million units in Q3 2017 however, Apple saw little increase in market share. The market share increased to 11.9% from previous years same quarter which was 11.6%.

Huawei secured the third place followed by Oppo and Xiaomi. Huawei sold 36.5 million units in Q3 2017, the market share of the company was increased to 9.5% as compared to previous Q3 2016 which was accounted for 8.7%. 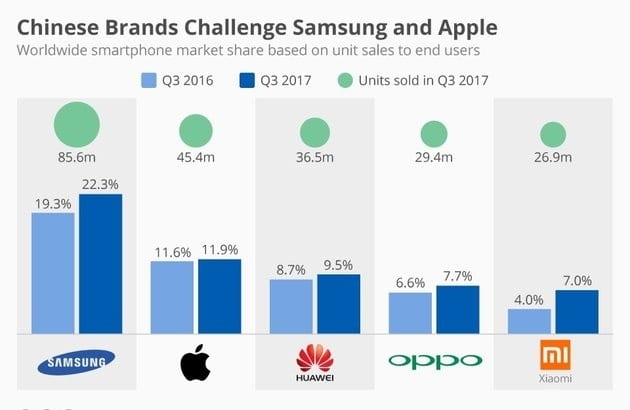