An Indian advocate Gurmeet Singh has sent a legal notice to WhatsApp for the removal of “middle finger” emoji in 15 days’ time.

Gurmeet Singh is a practicing lawyer in city courts. He believes that in India showing middle finger is illegal and an indecent and offensive gesture.

Must read: Whatsapp will not work on these phones by end of December

The notice by the advocate reads “…showing off the middle finger is not only offensive but a highly belligerent, invasive, obscene, lewd gesture.”
Singh stated, “As per the Indian Penal Code Sections 354 and 509, it is an offense to show obscene, lewd, offensive gestures to females. Use of a lewd, offensive, obscene gesture by anyone is hereby illegal also as aforesaid. As per section 6 of the Criminal Justice (Public Order) Act, 1994 showing off the middle finger is also an offense in Ireland.”

He added, “By offering to use middle finger emoji in your app, you (WhatsApp Inc) are directly abetting the use of offensive, lewd, obscene gesture.”

The notice concluded saying that it is requested that the middle finger emoji is removed from the most famous mobile app WhatsApp. 15 days’ time has been given to the app for the removal the emoji or else Mr. Singh warns to file civil or criminal cases. 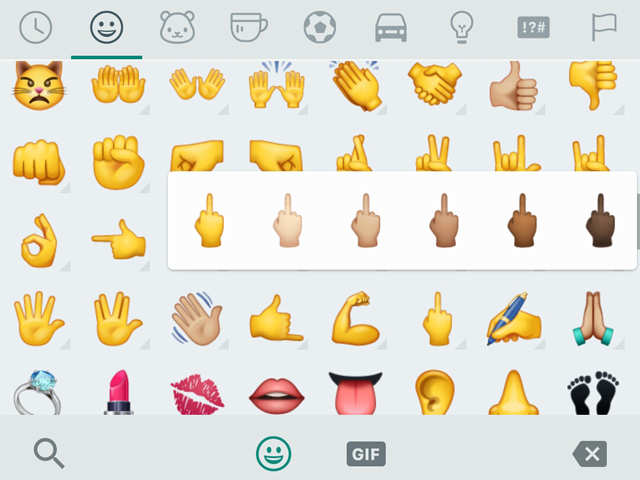 Emoji is an expression, small icon that expresses any emotion be it smile or anger or crying, so on and so forth. There are all kinds of emoticons and emoji’s available on WhatsApp app. Some of them are a bit offensive, thus an Indian advocate has raised his voice about one of them that is the Middle Finger Emoji.