If the tests were accurate the information provided about the hardware is pretty convincing, the phone Galaxy C10 Plus is allegedly powered by one of the most powerful chips out there, Snapdragon 660 SoC along with Adreno 521 GPU.

Additionally, the phone is equipped with 6GB RAM and 64 GB internal storage, the large RAM also indicates the correct information on the device because Galaxy C9 Pro was the first ever phone which came with 6GB RAM.

This is also not clear what the device would be named when it is unveiled officially by Samsung, it might be called Galaxy C10 Pro instead of C10 Plus. However, the Android version and the screen resolution are main departments to talk, the phone might not get infinity display and the Android version is most probably Nougat 7.1.1.

This can be expected because Samsung does not always add new Android versions in all new flagships; some of the Samsung’s devices do get previous Android versions on the latest handsets in order to keep the software and hardware compatibility issues minimal.

Still, to watch in the later updates and leaks what Samsung Galaxy C10 Plus or Pro would be carrying other than the above-mentioned specs, it is only a matter of few days then the whole picture would be cleared. But Samsung is definitely going to reveal some of the handsets including Galaxy S9 and Galaxy S9 Plus during the MWC event at the end of February. 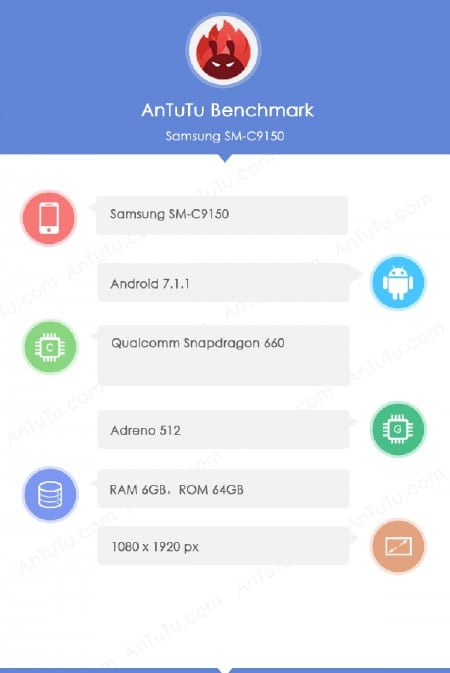