According to a Blog post on WABetainfo on Wednesday, WhatsApp is giving final touches to its new planned update which will foster bank-to-bank transfers using UPI system.

However, the official “WhatsApp Payments” feature for android is still under development, it will be available with the latest version of WhatsApp. The customers will have to accept the bank terms & conditions and privacy policy in order to use this feature, said the blog post. 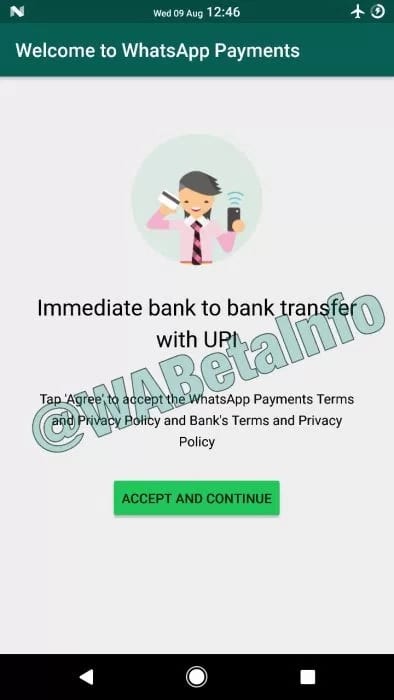 According to 9to5Google, the feature was spotted in 2.17.295 beta version of WhatsApp which clearly suggests the feature would allow sending and receiving payments using popular UPI between banks.