Huawei’s new smartphones with model numbers PAR-AL00/TL00 have appeared recently on TENAA, suggests that the handsets are Huawei Nova variants that may launch as soon as in July.

Huawei has already started promotion for the new Huawei sets, the Chinese popular music band, TFBoys are hired for this purpose, the company has announced it on their Weibo account, the company has posted a teaser which features Huawei Nova 3. Huawei has also the highlighted new collaboration with TFBoys in order to promote Huawei products as brand ambassadors.

You can see the design resemblance from the teaser image, the dual cameras are quite familiar and golden back which reminds of the P20 Lite in general. However, the internal system would be stronger than the P20 Lite. 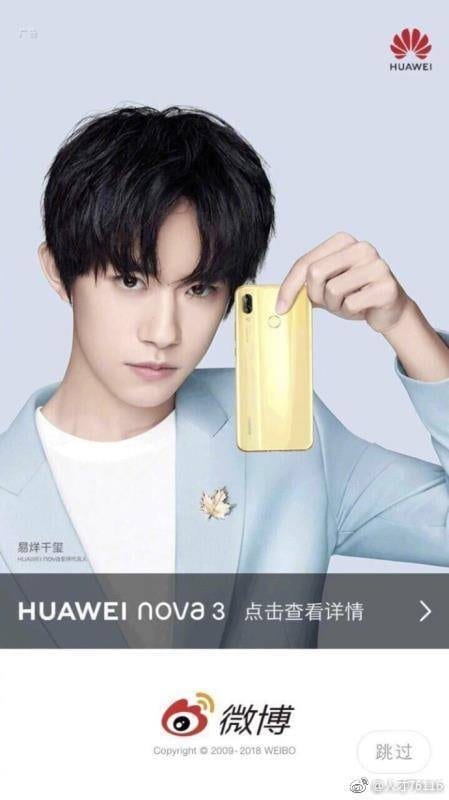 There is nothing that can be said with solidarity in terms of internal specifications but it is most likely that Huawei Nova 3e will get an entirely new Kirin 710 chip, which rivals Qualcomm’s Snapdragon 710 SoC.

Huawei is considering an upgrade to highly-used Kirin 659 chip, the new chip would be based on the 12nm process of TSMC. The smartphone is expected to return better results 19:9 aspect ratio according to some rumors, the phone will sport on-screen fingerprint scanner some reports say. If this is closer to reality, Huawei will have this first-ever handset with an on-screen fingerprint scanner.