Apple Smartwatches Shipments have seen record high during 2017, topping 18 million in 2017. Apple smartwatches shipments were up more than 54 percent as compared to 2016. The series three was the key growth driver, the total shipments of the Apple’s latest smartwatch version were just below 9 million making to nearly half of the shipments in 2017.

If we compare quarter-on-quarter Apple performed impressively in the Q4 of 2017, the shipments grew by 32% as compared to the previous year’s Q4 2016. In 2016, Q4 Apple shipped a total of 8 million smartwatches, this was the record high shipment for Apple as well as the wearable vendor. After this Apple becomes the top vendor of wearable market.

Apple saw increasing demand in the US, Japan and Australia of cellular version of its smartwatch, all the major operators stocked the device well before the Christmas season according to a researcher at Canalys. 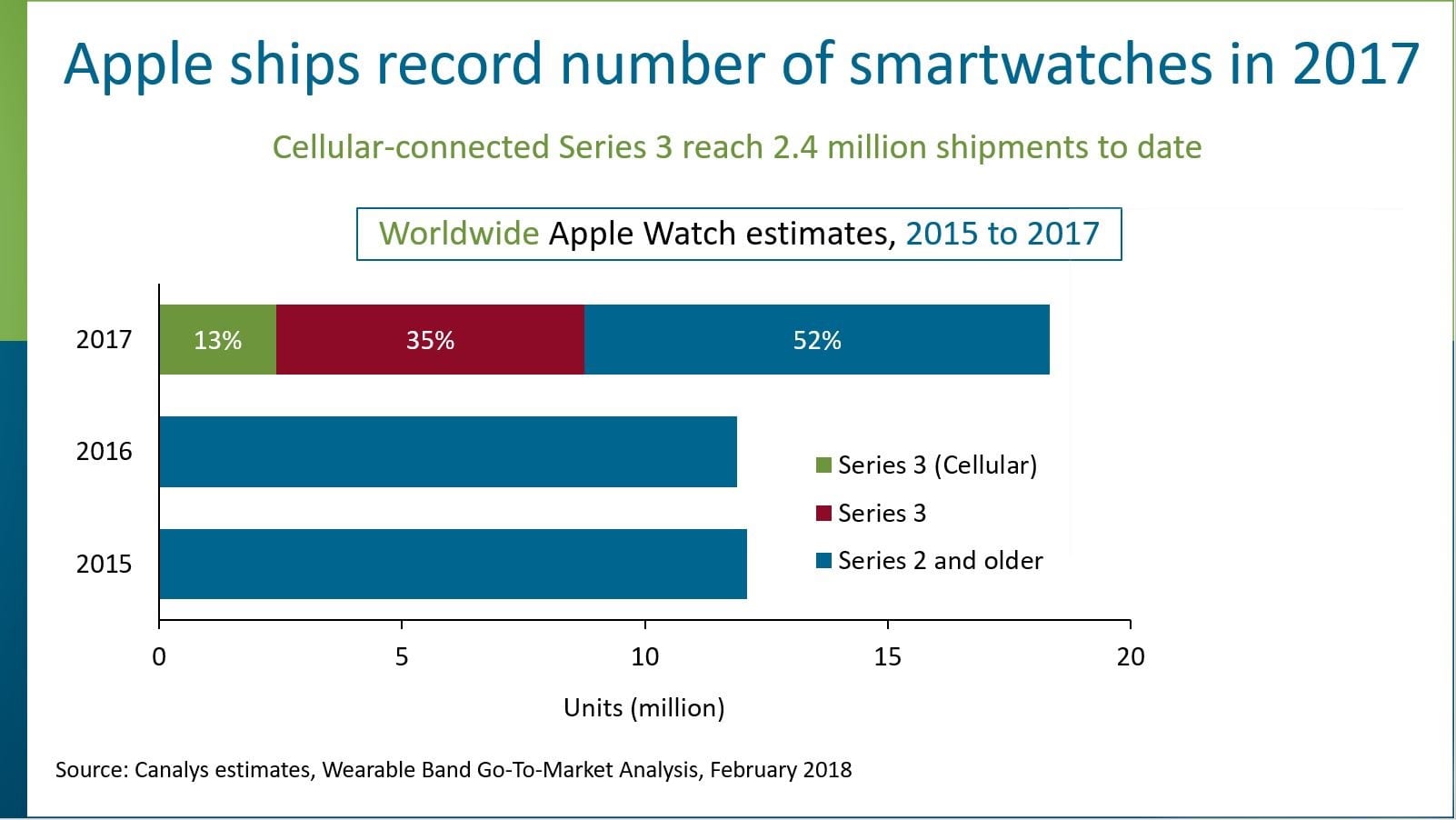 Apple Watch Series 3 is the fastest selling and fastest growing LTE enabled wearable on the market, the shipments are doubling quarter on quarter. However, the limited operator’s offering has affected the sales of the device in UK, France, and Germany. Now Apple has moved to Hong Kong and Singapore for pushing sales, Q1 2018 could be promising with the start of Chinese New Year.

Apple has won the wearable market leaving Xiaomi well behind according to an analyst Jason Low. Besides the innovative designs like; rotating bezels and circular screens, Apple has galloped far ahead of other horses in the race.

Apple’s recent updates in series 3 including GymKit and Heart Study is offering more to customers and encouraging them to spend more on accessories.

Where Apple becomes the top seller in the wearable market, other manufacturers such as Adidas are closing their wearable units, because of low demand and stagnant growth. Regardless of Apple beating Xiaomi in this market, Xiaomi is still very much committed to regain, the company has just hinted a new device in the market, Xiaomi Mi Band 3, besides this Xiaomi is continuously developing products in wearable market after all the company is just behind the Apple and still holds the position of second most popular wearable manufacturer.